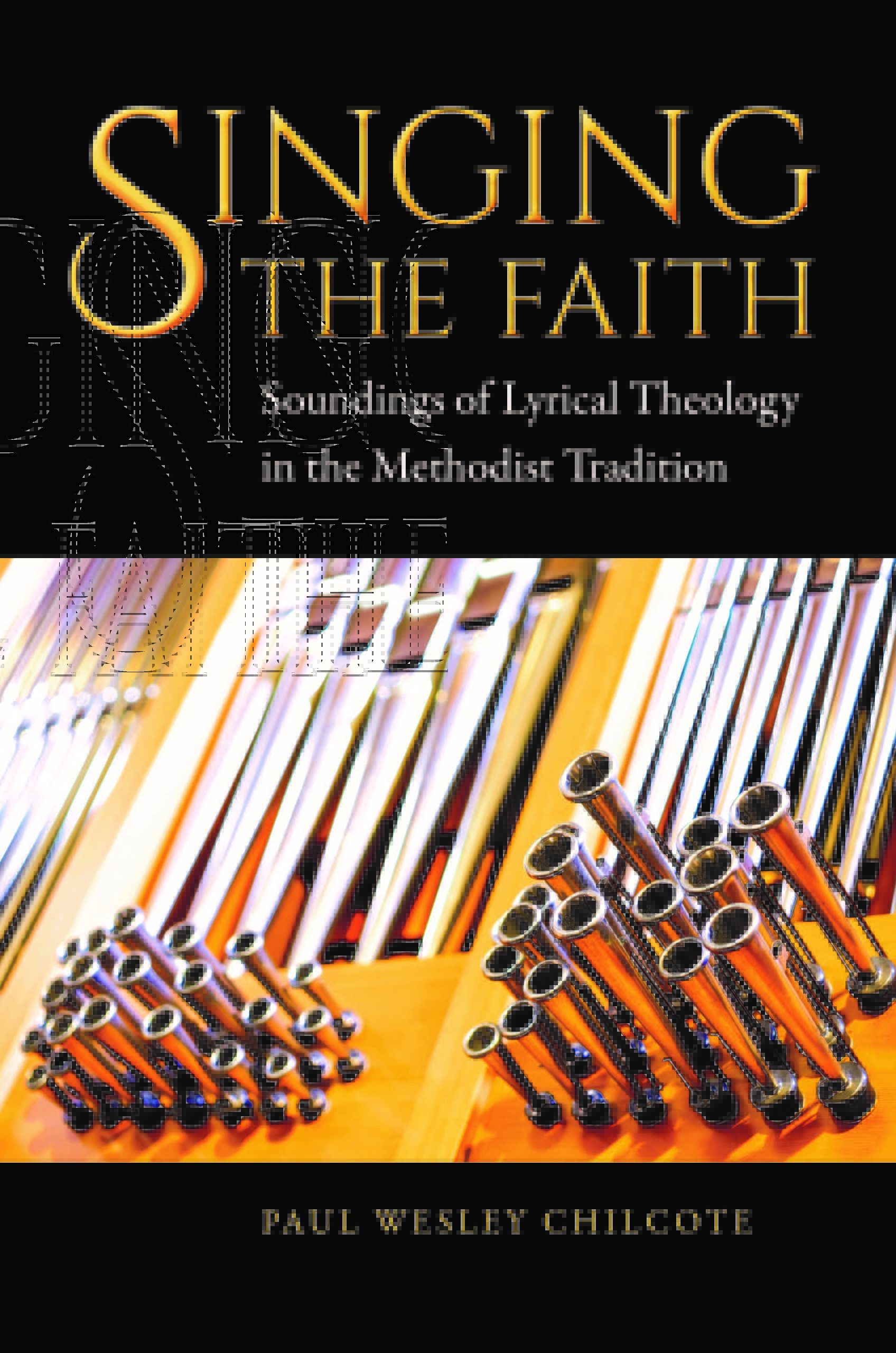 Methodists embody and experience their theology through singing the faith.

The Wesleyan tradition was born in song and early Methodist people found their true identity as the children of God through singing. From the beginning, the hymns of Charles Wesley, in particular, shaped their self-understanding and faith practice. This lyrical heritage was not rooted in the simple joy of song; rather, the leaders of the nascent revival recognized the potency of congregational singing as a legitimate medium of theology. The Wesleys understood, as an ancient writer once observed, that to sing is to pray twice; and as an African proverb maintains: “If you can talk you can sing.” The singing of Christians is both prayer to God and speech about God. Hymns function both as a communal confession of faith and a common catechism for the faith. This book explores the role of sacred song in the development of the Methodist doctrinal heritage from the hymnody of the Wesleys to the sung theology of contemporary global Methodists. It shows primary axial themes of Methodist hymn writers who created a substantial corpus of lyrical material; and offers an historical approach, which includes global voices. Chilcote offers readers a path to better understand the deep connections between theology and what they sing, as they learn about the wide range of hymn and sacred song traditions within the Methodist family.

This volume also expands recent pioneering work in the sub-discipline of “lyrical theology” by exploring the role of sacred song in the development of the Methodist doctrinal heritage. Beginning with the hymns of Charles and John Wesley, each chapter explores the primary themes of Methodist hymn writers, who created a substantial corpus of lyrical material in the Wesleyan spirit in their own right. Topics include the gospel hymn tradition of Fanny Crosby and her other Methodist contemporaries; Charles A. Tindley and the black music heritage; as well as the more contemporary expressions of sung theology in the work of Fred Pratt Green, Sleeth, and Dan Damon. Given the fact that individual hymns have shaped generations of Methodist singers, attention is paid to how Natalie Allyn the singular hymns of Mary Lathbury, Frank Mason North, and Georgia Harkness, effectively communicated a concern for biblical Christianity, the Social Gospel, and evangelical liberalism, respectively, at the beginning of the twentieth century. Likewise, new global voices, namely, those of song writers such as Federico Pagura, I-to Lo, Patrick Matsikenyiri, and Simei Monteiro reflect the current emphasis on justice, joy, and journey among Methodists today.

Paul Wesley Chilcote is a retired professor of historical theology & Wesleyan studies and United Methodist minister. He has taught in seminaries on three continents, including Africa University in Zimbabwe and Wesley College in England. Author or nearly 30 books, Dr. Chilcote’s A Faith That Sings received the Saddlebag Award in 2017.

“Paul Chilcote’s discussion has its foundation in Charles Wesley’s corpus, as one of the finest examples of lyrical theology. It embraces, however, a broad spectrum of global authors’ texts, giving careful attention to the interplay of culture, ethnicity, theology, and language, although the primary language here is English. It also embraces a broad spectrum of theological emphases which the discerning reader may apply to the sizeable repertory of hymn texts at the conclusion of the volume. A volume which gives tools to readers they may use in examining exemplary texts of lyrical theology is of great value. This cannot but help expand the examination and development of lyrical theology.”

“To be truly acquainted with Methodism, one needs to participate in the holy act of singing. For it is this physical activity that enjoins heart with mind that Methodism is experienced. It is with this intention that Methodist historian, Paul Chilcote has taken up the task of being an excellent guide to the rich legacy of lyricae Methodism and their creators. Within these pages, Chilcote offers an excellent overview of a heartwarming spiritual movement that finds its expression in song. If you’re Methodist, read it to know about your heritage. If you are not, this book will give you a glimpse of the people called Methodist and why they sing as though their lives depended on it.”

Chilcote makes a sparkling addition to the study of corporate song that lies at the heart of the Methodist tradition. His commitment to both rigorous scholarship and impassioned worship embodies the very nature of what it means for Methodists to sing their lyrical theology for the past four centuries and counting, giving him a unique voice to inspire ongoing participation in the song.