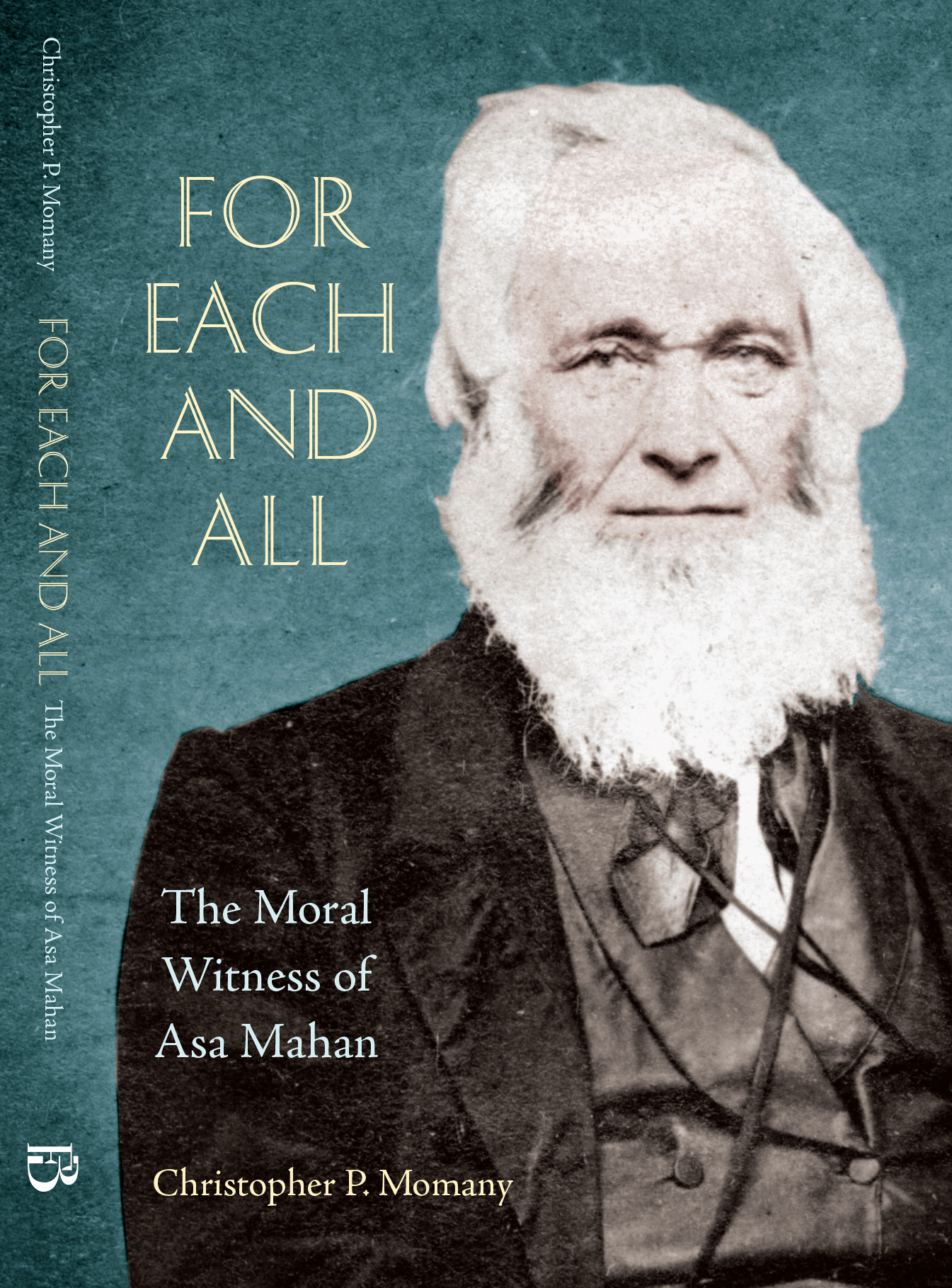 Even in post-modernity, there is such a thing as right and wrong

The Civil War was about deciding who counted as one of us, and what rights, privileges, and duties we would afford each other. It was not a forgone conclusion that America would denounce slavery as unconditionally wrong. Asa Mahan was an abolitionist, college president, author, and clergyperson who advocated that there is intrinsic value in every human being, and for our country to honor its covenant with its citizens, all must actively engage differences peacefully with justice and hope. Using primary source material, Momany helps us rediscover the moral and philosophical waters of antebellum America from which Asa Mahan drew his religious convictions and crafted his moral principles. The author also shows how Mahan informed and interacted with leaders such as Frederick Douglass and Abraham Lincoln.

Praise for For Each and All

For Each and All: The Moral Witness of Asa Mahan uses Mahan’s life story to craft an incisive intellectual history of the philosophies that underpinned the abolitionist movement. Although most people do not fully appreciate Asa Mahan’s intellectual contributions to the movement, Christopher Momany’s book provides a corrective. He has produced a rigorous analysis of the many theoretical traditions that influenced Asa Mahan’s view of moral law and slavery. As a result, Mahan emerges from this text as someone who deserves a seat at the table of the greatest abolitionist minds in U.S. history.
– Nikki M. Taylor, Professor of History and Chair of the Department, Howard University and author of America’s First Black Socialist: The Radical Life of Peter H. Clark

Thanks to this insightful study scholars should think again before concluding that white abolitionists are best characterized as romantic ideologists and hard-boiled agitators, not as deep and highly rigorous thinkers. As a master of European philosophy and of high-level biblical exegesis, Asa Mahan’s intellectual formulations challenge these generalizations at every turn. Grounded in solid research, cogently argued, and straightforwardly written, Momany’s book puts us deeply in contact with a very important and hitherto overlooked abolitionist thinker and educator.
– James Brewer Stewart, James Wallace Professor of History Emeritus, Macalester College; founder of Historians Against Slavery and author of Holy Warriors: The Abolitionists and American Slavery

In this book, Momany illuminates the life and thought of Asa Mahan. A brilliant theologian, Mahan pondered our American contradiction, that many freedom-loving people, guided by God’s laws, practiced slavery.
– Volney Gay, Professor, Vanderbilt University, author of On the Pleasures of Owning Persons: The Hidden Face of American Slavery

Wesley’s Foundery Books is an imprint of the General Board of Higher Education and Ministry of The United Methodist Church. These books are clearly and accessibly written, with an emphasis on church life and ministry. Representing the rich diversity of the church, Wesley’s Foundery Books offer a disciplined and balanced approach and are available in the U.S. and U.K. GHBEM Publishing is an affiliate member of the Association of University Presses.