by Ted A. Campbell 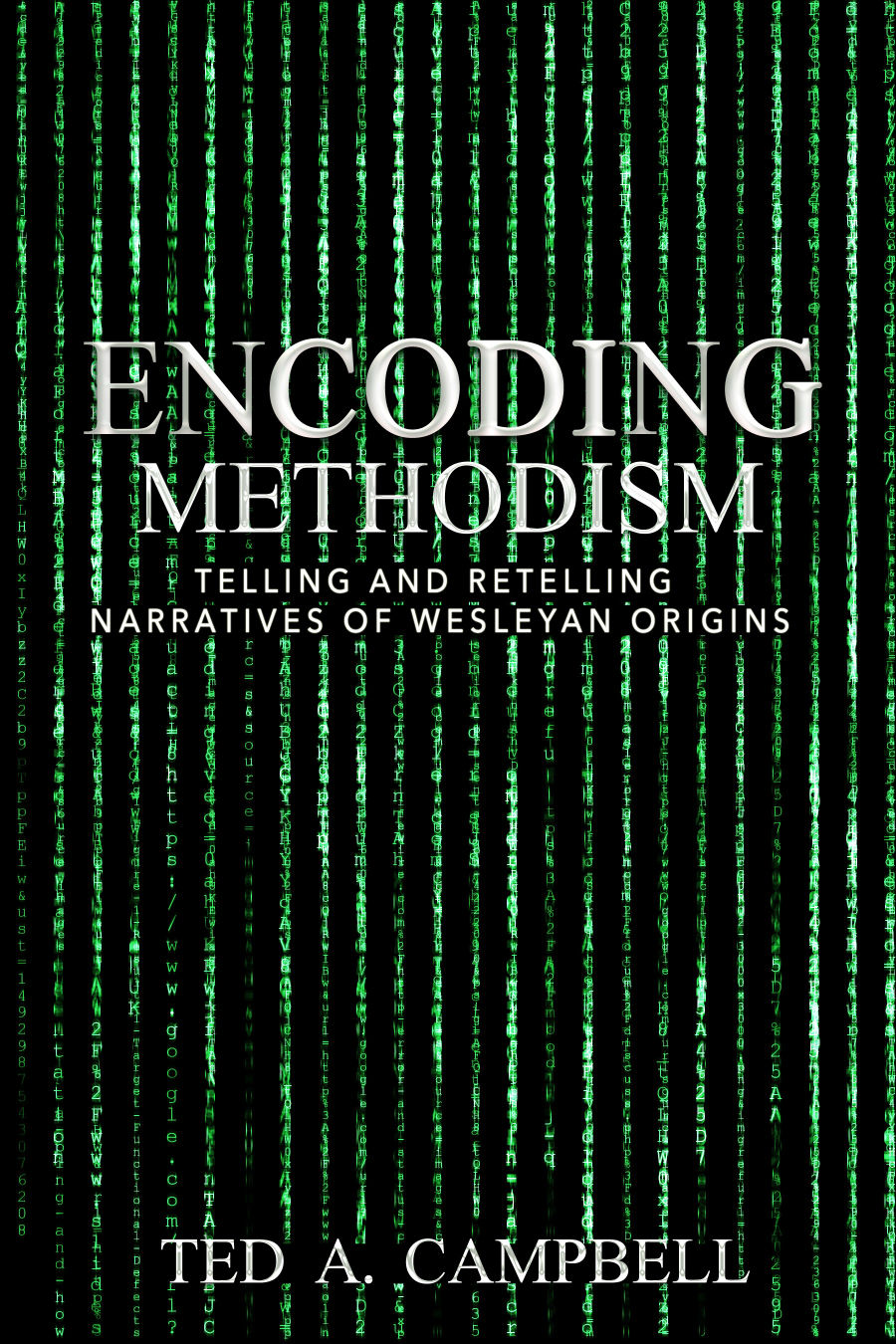 We shape and are shaped by the stories we tell about ourselves.

Methodists love to tell the story and Methodist churches have consistently told and re-told the narrative of their eighteenth-century founding by John (and sometimes Charles) Wesley as a way of describing the distinctive identity of their religious communities. This book offers a comprehensive and critically documented account of the development of these narratives of Wesleyan origins and the ways in which they attempted to describe or encode the identity of Wesleyan/Methodist communities. This is not a cynical account of how interpreters have simply written their own agenda into the narrative (and that has happened); rather it shows in many cases how the unique position and contexts of narrators have better see what really happened.

A central task of each generation is to assess the adequacy and fruitfulness of the dominant narrative passed down to them, often reshaping that narrative in the process. Ted Campbell here sheds helpful light on this process in general, and on the broad trajectory in which the process played out in North American Methodism. Highly recommended.

Ted Campbell’s broad overview of continuity and change in the main historical narratives about Methodism both enlightens and provokes reflection. He demonstrates how these narratives range widely from triumphalism, on one end of the spectrum, to quests for objectivity and critical reflection, on the other.  As someone with a profound grasp of these publications, Campbell helps the reader to track and compare perspectives shaped by the contexts of the scholars. He provides a portrait of Methodist character in doing so: reflecting, pooling, generalizing, structuring, and organizing. So he enables readers to reflect on their own identity as Methodists.

—Ulrike Schuler, Professor of Church History, Methodism, and Ecumenism at the Reutlingen School of Theology in Germany, an institution of theological higher education of The United Methodist Church in Germany, Switzerland, and Austria

Ted Campbell’s Encoding Methodism is a brilliantly imaginative way of examining Methodist identity from the Wesleys to the present. It is consistently readable, interesting, and thought-provoking, and will be essential reading for those interested in Methodism in the USA and Britain.

Sired by John Wesley and following his tracks, Methodists have introduced ourselves, disclosed our divinely mandated purposes, set forth our missional vision, and outlined our agenda and programs historically. Beginning with Wesley’s own narratives, Ted Campbell invites the reader into the successive retellings of the Methodist story, identifies recurrent narrative purposive themes (or “modules” as he terms them), and so makes historical accounts into a fresh and highly readable study of Methodism’s evolution.

Asking the question, “Who owns John Wesley?” Ted Campbell uses the metaphor of re-usable computer code to show the ways in which people have construed the narrative of Methodist origins. There are a number of themes that have been developed, used, and reused in Methodist histories. He thereby shows how a variety of perspectives about Aldersgate, Methodist ordinations, Wesleyan doctrine and Methodist organization have been developed over time. Campbell puts into perspective many of the key authors whose ideas have shaped Methodist self-understanding since 1739. This is a very helpful narrative of Methodism in its own right.

The General Board of Higher Education and Ministry (GBHEM) awarded this book The Saddlebag Award in 2018.

Ted A. Campbell is Professor of Church History, Perkins School of Theology, Southern Methodist University, Dallas, Texas. Some of his books include: Wesleyan Beliefs: Formal and Popular Expressions of Core Teachings of Wesleyan Communities; The Gospel in Christian Traditions; Methodist Doctrine: The Essentials.