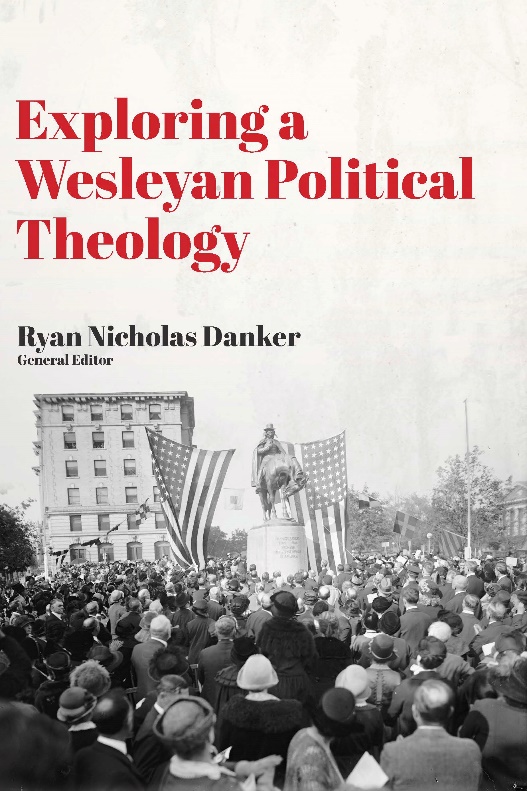 Even in his own day, there were social repercussions to Wesley’s theology of transformational grace. The revivalistic nature of early Methodism included both an emphasis on individual salvation and corporate salvation, with emphasis on the individual often overshadowing the corporate in many local church settings. However, at its core, Methodism was constituted by communities shaped by the radical call to new birth and were seen from the beginning as potentially subversive, having a political edge whether the early Methodists intended it to or not. This book helps Wesleyans begin to both discuss and address political issues without the partisanship and tribalism that marks our discourse. Basing the conversation on shared theological and ecclesiastical commitments can provide a new means to approach divisive issues.

This book explores the consequences of a Gospel message that calls for the transformation of individuals, communities, and the created order. How does a person or community, made whole by holy love, approach the great issues of our day? Past attempts have failed to take into account the strong emphases in Wesleyan thought on personal holiness, communal (social) holiness, and social engagement. The balance inherent within Methodism is too easily lost without a grounding in scripture, tradition, reason, and the experience of salvation.

Ryan Nicholas Danker is Associate Professor of History of Christianity and Methodist Studies at Wesley Theological Seminary. Before his appointment at Wesley, Danker served on the faculty at Greensboro College in North Carolina where he was also Special Assistant to the President and a member of the Advisory Board of the Royce and Jane Reynolds Center for Church Leadership.

“Pietist, evangelical, and holiness forms of Christianity are routinely caricatured as too narrowly focused on the religious feelings of individual believers and therefore largely indifferent to pressing social and political realities. Nothing could be further from the truth! Building upon and extending the rich, but often neglected scholarly legacy of Timothy Smith, Don Dayton, Theodore Weber, Howard Snyder, and many others, Exploring a Wesleyan Political Theology both deepens our understanding of how Wesleyans worked for social reform in the past and begins to articulate a theological vision for social engagement today.”

“Well this is a fun book! Starting out with an essay by Bill Clinton’s press secretary on the relevance of a Wesleyan political theology today, the book engages Wesleyan political theology from a variety of angles: an exposé of the Methodist tendency towards ‘A Big Appetite and No Teeth’ when making political claims, an examination of early Wesleyanism as a network of intentional communities (that did have teeth), and a variety of essays offering deeper analyses of what it might mean to be a deliberately Wesleyan community in the midst of the political polarization and turmoil of ‘the present age.’ The book is fun. It’s also challenging and will doubtless be controversial. Put it on your list.”