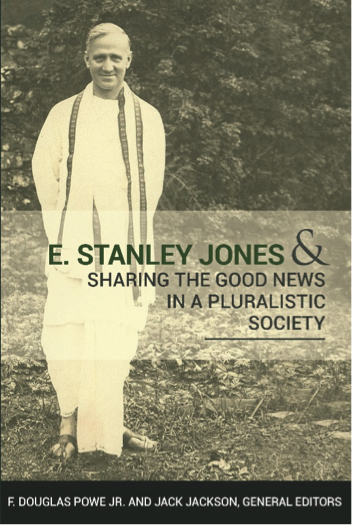 Reclaim the Third Way of Evangelism

Produced in cooperation with The Foundation for Evangelism, this book offers a Wesleyan evangelism through the lens and in the spirit of E. Stanley Jones. As Christians seek ways to authentically, faithfully, and genuinely share the gospel, they find themselves pulled in two opposite directions. One forbids mentioning the name of Jesus and the other tries to forcefully lead people to confess Jesus as Savior without any regard for their social circumstances. Neither option works or is sustainable, but both do make the church irrelevant to the very people it seeks to reach. The life and thought of E. Stanley Jones offer a third way that is theologically grounded and socially attuned to the hardships many endure. This book explores why this third way must be reclaimed. Eli Stanley Jones (1884–1973) was a Methodist missionary and theologian. He is remembered chiefly for his interreligious lectures in India, thousands of which were held across the Indian subcontinent during the first decades of the 20th century. According to his and other contemporary reports, his friendship for the cause of Indian self-determination allowed him to become a friend of leaders of the up-and-coming Indian National Congress party and spend much time with Mohandas K. Gandhi and the Nehru family.

Praise for E. Stanley Jones and Sharing the Good News in a Pluralistic Society

The family of E. Stanley Jones is indeed grateful to the authors of this insightful book. I was pleased to find in it a remarkable description and analysis of Jones’s contextual ministry with its presentation of Jesus Christ in multicultural contexts. Jones’s ministry and message speak directly to our religiously plural world and illustrate our need to engage in this world with the grace offered by Jesus Christ.

This book is long overdue! E. Stanley Jones was one of the most important figures in the history of Methodism. His theology was forged on the mission field as he shared Christ with the people of India. His faith and reflections on the gospel inspired millions around the world. This book invites the reader to rediscover the riches of Jones’s thought as we consider how we share our faith in Christ in an increasingly post-Christian world.

Except for Jesus, E. Stanley Jones is the overall leading influence in my faith and ministry. Among many things I learned from his writings is the call to contextualize the gospel. The authors in this volume issue an invitation to manifest Brother Stanley’s spirit in the 21st century—to go and do likewise.

The Introduction alone is worth the price of the book, but know that all of these distinguished scholars understand E. Stanley Jones at his best. These pages remind us once again that Stanley Jones is just as relevant today as he was for his own day. As I read and studied each chapter I found myself eager to put the principles described into practice so that I could become a more effective witness for Jesus Christ.