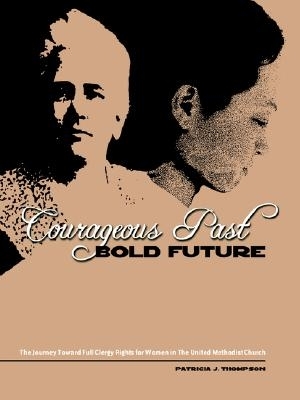 The year 2006 marks the fiftieth anniversary of the historic decision in 1956 to accord full clergy rights to women clergy in The Methodist Church. Courageous Past-Bold Future chronicles this historic journey of passion, struggle, courage, and hope. In a moving early chapter, Thompson recounts the stories of the 27 women from 19 annual conferences who were received on probation at the 1956 General Conference, as well as three women elders from The Methodist Protestant Church still serving that year. She also tells the story of women elders in the Evangelical United Brethren Church leading up to the 1968 merger with The Methodist Church to form The United Methodist Church. Subsequent chapters relate first-person accounts of more than 280 women who were the first in their annual conferences or central conferences to receive full clergy rights. In the United States, these are the stories of the first woman in every annual conference in every ethnic group represented in that conference to receive full clergy rights.